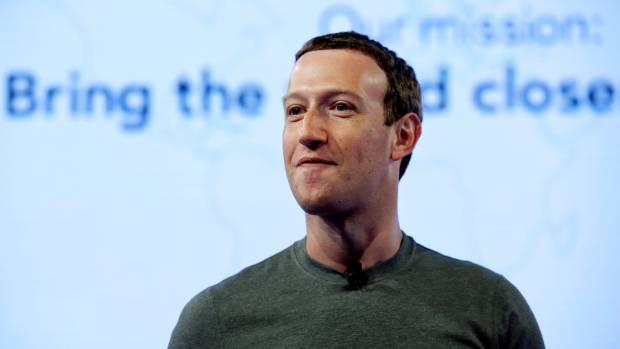 OPINION: So $80 billion was wiped off the value of Facebook’s shares following a scandal over privacy breaches.

Oh dear, how sad, never mind, as the crusty sergeant-major in It Ain’t Half Hot, Mum used to say in mock pity whenever misfortune befell one of the motley crew of misfits under his command.

I delighted in Facebook’s discomfort, just as I admit having derived some satisfaction from the embarrassment of the British-based charity Oxfam after some of its aid workers were exposed as sexual abusers who took advantage of vulnerable girls and young women in disaster-ravaged countries such as Haiti.

There was a time when I admired Oxfam and happily donated to it. Then it became stridently and piously anti-capitalist, committed to the dismantling of an economic system that, for all its shortcomings, has done more to lift people out of poverty than all the international relief agencies put together.

I thought there was poetic justice in the spectacle of Oxfam officials squirming over the sexual abuse scandal, and I felt similar pleasure when Facebook founder Mark Zuckerberg was forced to undertake a public mea culpa after it was revealed his firm had allowed users’ personal data to be covertly “harvested” for political purposes.

The Facebook controversy resulted in millions of users worldwide de-activating their Facebook accounts or deleting them altogether, which can only be a good thing. Perhaps the social media phenomenon has peaked.

Before I go any further, I should disclose that I’m a former Facebook user myself. I first joined years ago because it was a way of keeping up with news and photographs of my grandchildren, who are spread over three countries.

I soon became disillusioned and bailed out, but I rejoined after a lapse of several years. I guiltily admit that I did so partly for self-serving reasons: I wanted to publicise a book I had written. Whether my being on Facebook sold any books, I can’t say. But I did connect with a lot of people – relatives, old friends and former colleagues, many of whom I had had no contact with for years. And for a while I enjoyed it.

This, of course, is the great lure of Facebook. It acquired its aura of legitimacy by harnessing the power of digital technology to connect people – hence the phrase “social media”. But it could just as accurately be described as anti-social media, because its addictive qualities mean that many users become fixated by digital relationships to the detriment of real-life ones, spending hours every day online at the expense of those closest to them. It offers escapism and distraction on a massive and frightening scale.

This was no accident. Sean Parker, a billionaire early investor in Facebook, told a conference last November that Zuckerberg had knowingly created a monster that was designed to act like a drug delivering a dopamine-type hit.

And of course the commercial genius of the Facebook model, its real raison d’etre, was that it gave advertisers a platform on which to sell people things, while simultaneously harvesting personal details about users that enabled them to be very precisely targeted – not just by people with something to sell, but, as we now know, by shadowy political operators building personal profiles as a means of targeting votes.

I quit Facebook for the second time last year and won’t be going back. Friends and family members still happily use it, but I developed Facebook fatigue. You could call me a recovering Facebook user.

Although I was a moderate user by comparison with many addicts of my acquaintance, I felt liberated after leaving. As is often the case, distance lends perspective: when you look at Facebook from the outside, its pitfalls can be seen in sharp relief.

Sure, there are good things about it: funny stuff, useful stuff, quirky stuff, and of course lots of charming family photos. But there’s also an awful preponderance of boastful “look at me” posts (guilty, your honour), a lot of tiresome barrow-pushing and a huge amount of material that’s stupefyingly banal.

A crucial element of the Facebook model is that it depends heavily on human vanity and caprice. There is a powerful temptation to blurt out something on Facebook – something you imagine to be clever – and later regret it. Perhaps there should be a mandatory 30-minute time lag in which you can reconsider.

And of course there’s a scarily high price to be paid for all this self-aggrandisement and titillation, because Facebook relies on people being willing to expose the minutiae of their personal lives. The other genius of Facebook is that it makes users complicit in the relinquishing of their own privacy.

In the end I decided that the rewards from surfing Facebook didn’t justify the time spent. But as I had discovered previously, Facebook doesn’t make it easy to quit. Zuckerberg seems almost as determined to keep Facebook users captive as Kim Jong Un is to prevent dissidents fleeing North Korea.  That in itself tells you something.

Facebook stock plunges, Zuckerberg’s net worth down US$15 billion – National

Steve Wozniak and Elon Musk Delete Their Facebook Pages; Survey Indicates 10% of Users in U.S. Have Done So As Well